Bestselling Ghost-Writer and now a full-time Adventure / Thriller author, Laurence Bradbury could be considered a polymath. With interests spanning subjects as diverse as Ancient history, Geology, Micro Biology, Plastics, Fine Art, Automotive product development and Electronics, his writing adds credence to the phrase “Write about what you know.”

An inveterate traveller and researcher, he’s often found far from home, scouting locations for scenes of interest to his potential readers. The credo he lives by is “If you write about a place, you need to get it right.” 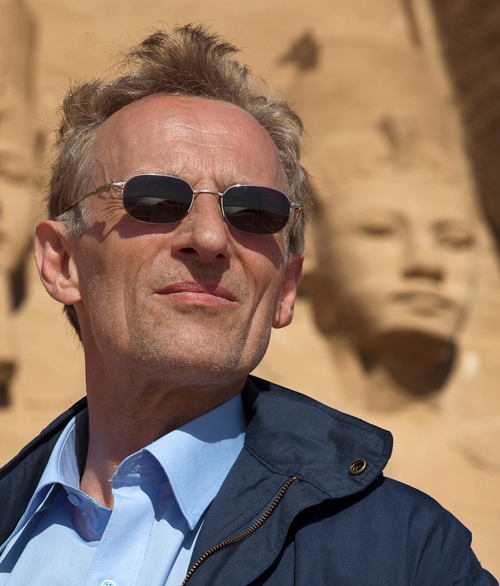 Laurence Bradbury’s spectacular literary journey began in the late 90's as a Ghost, writing thriller fiction. In the first ten years of his craft he penned five novels, all of which achieved major commercial success. After the passing of his friend and mentor he finally set forth, shedding his anonymity, with the first in the series of Alexander Webb adventures “Webb of Thieves”. This was soon followed by “Webb of Relics” and "Webb of Martyrs."

Degree qualified, Laurence’s initial ambition to become a professional product designer began after a period with the British Army. In this civilian career he specialised in the burgeoning world of engineering plastics, gained numerous patents and assisted in the development of several vehicles we see on the road today. World travel was an integral part of his tantalising experience. Design projects took him to Japan, Korea, USA, Italy, France, Sweden, in fact the list is almost endless. A period he looks back on with affection and calls upon heavily in his writing.

Now, more by luck than judgement, Laurence is a full time author. He lives and writes in the stunning countryside of South Wales. When he's not hard at work on his next book, he enjoys a supporting vocation as a travel photographer. A keen musician he can often be found playing his Gibson 57 Black Beauty guitar, has a passion for films, likes to hone his skills at archery and tries to find time for an enthusiastic drive in his TVR Cerbera around the country lanes; inside the speed limit of course.

“Everyone needs goals,” he says, and his over-riding ambition is to have his family of novels, beautifully displayed, at every literary outlet worldwide. Tough goal, but if anyone can do it...